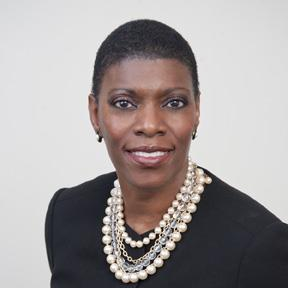 Dr. Zelda M. DeBoyes, a recent retiree, was formerly the Court Administrator for the Aurora Municipal Court in Aurora, Colorado. She managed all non-judicial court functions for this limited jurisdictional court from 1992 through September 2021. As a council appointee, Dr. DeBoyes reported directly to the Mayor and City Council of the City of Aurora.

Committed to her profession and community, Dr. DeBoyes has served and remains active in a variety of organizations. As the Chair of the Juanita Gray Community Service Award Committee through the Denver Public Library, she was instrumental in annually recognizing African Americans for their service to the community.  Dr. DeBoyes also served as a director on the Board for the Excelsior Youth Center.  She was appointed to the Colorado State Commission on Judicial Performance by the Chief Justice of the Colorado Supreme Court.  She also served as a Board Director for the National Center for State Courts and the Leadership Institute for Judicial Education. Dr. DeBoyes is a Past President and Board Director of the National Association for Court Management. She is a graduate of Leadership Aurora, the African-American Leadership Institute, the Aurora Citizens’ Police Academy, and has served on the boards of the Lowry Family Center, Northeast Women’s Center and Marcus Walker Track Club.   Dr. DeBoyes has and continues to serve as a mentor to many leaders in various professions.

Dr. DeBoyes is a graduate of Metropolitan State College and received her Master of Business Administration from the University of Colorado-Denver.  She earned a doctorate degree in Higher Education from the University of Denver.  Her dissertation is entitled: A sense of trust through the eyes of African American doctoral students:  An examination of how a predominantly White institution of higher education can create an environment of inclusiveness.

Dr. DeBoyes is also an adjunct professor at the University of Denver – Sturm College of Law with the Master of Science in Legal Administration program.  As a training consultant, she has taught seminars and workshops in Purposes and Responsibilities of Courts, Human Resources, Performance Management, Leadership, Diversity, Caseflow Management, Trial Court Performance Standards, and Customer Service in the Courts. Dr. DeBoyes joined the National Judicial College (Reno, NV) faculty in 2015.

Dr. DeBoyes is a veteran of the United States Air Force.  She served her active duty from March 1975 through September 1979; while serving as a reserve from 1979 through 1985.