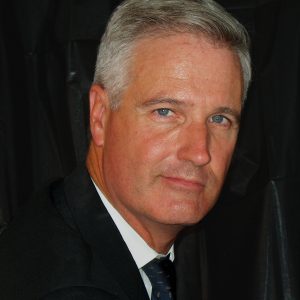 Peter C. Kiefer is a career court veteran with more than 40 years of experience working with trial courts in Oregon, Arizona, and California. He has been an administrator in general jurisdiction and limited jurisdiction trial courts, and has worked for state court administrative offices in both Oregon and California. As a consultant he has lent his expertise to the judicial systems in Liberia, Moldova, and Beirut, Lebanon. He was also selected as a member of a NACM delegation to visit the People’s Republic of China.

Peter graduated from Santa Clara University with a bachelor’s degree in Political Science, then received his Master’s of Public Administration with a specialty in Court Administration from the University of Southern California. In 2016 he became a Fellow of the Institute for Court Management. In 2015 he was given the NACM Award of Merit. Peter currently hosts the Court Leader’s Advantage Podcast in cooperation with that National Association for Court Management.

You have already reported this