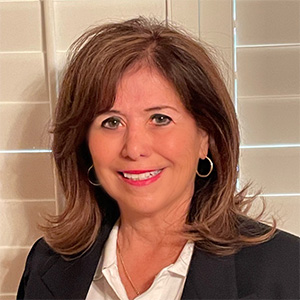 Linda Romero Soles is the former Court Executive Officer for the Superior Court of California, County of Merced, and former Executive Court Advisor. She was the first Hispanic female to hold this position.  Prior to becoming CEO in 2011, Linda was an Assistant CEO with the Stanislaus County Superior Court in Modesto, California.  Ms. Romero Soles also worked for the U.S. District Court, Central District of California, in Los Angeles as the Director of Administrative Services for eleven years. She has a total of 39 years of court experience. Her responsibilities also included overseeing various court facility projects for the U.S. District Court in Los Angeles as well as in the state courts-Stanislaus/Merced.

She is a graduate of San Diego State University with a bachelor’s degree in Criminal Justice and a master’s degree in Public Administration with a certificate in Judicial Administration from the University of Southern California. She is an Institute for Court Management (ICM) Fellow and was the first California CEO to receive the (ICM) Fellow Star Award in 2016.  She is a past Board member of the National Association of Court Management.

Throughout her career she was appointed by the Chief Justice of California to serve on various statewide committees for the Judicial Council of California. She continues to serve on the Court Facilities Advisory Committee.

She has taught several courses and served as a panelist on various subjects in the United States and Puerto Rico.  Some of these topics included Systemic Bias, Human Resources, Labor Negotiations, Leadership, Caseflow, Dealing with the Media, Budgeting and Court Security. She has been teaching ICM classes since 2006 when she became a Fellow. She enjoys teaching others about the Courts.