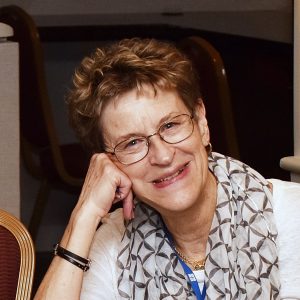 Janet G. Cornell has more than 40 years of experience in courts and court system leadership. She is a consultant, presenter, and author experienced in engaging, educating, and consulting with professionals at all levels of local, state, federal, and international justice systems.

Currently, Janet serves as a contract consultant and faculty member for the National Center for State Courts in Williamsburg, VA, and has served as a faculty member for the National Judicial College in Reno, NV. Previously she consulted for clients from the United States Aid to International Development (USAID), and the United States Courts-Office of the Circuit Executive, Pacific Islands Judicial Programs.

From 2002 to 2013 she was the Court Administrator for the Scottsdale (Arizona) City Court.  She served as a criminal justice staff consultant with the Maricopa County (Phoenix, AZ) I.T. Department from 1998 to 2002. Before that, she was Judicial Administrator-Maricopa County Superior Court (civil, criminal, family court, probate, court interpreters, and court facility), Court Administrator with the Maricopa County Justice Courts (traffic, landlord tenant and limited value civil cases) and Operations Manager with the United States District Court for the District of Arizona.

Her areas of expertise include:

Janet has delivered presentations and strategic consulting in over 25 states, Guam, and countries including Australia, Brazil, Guyana, Micronesia, Palau, and Serbia.

Janet has a Master of Public Administration and Bachelor of Arts-Arizona State University, is a Graduate Fellow at the Institute for Court Management-National Center for State Courts, Williamsburg, VA., and has certificates from the Leadership Institute for Judicial Education at University of Memphis, TN., and the Leader Coach Institute in Scottsdale, AZ.

In addition to her professional contributions, Janet has volunteered with the Phoenix Children’s Hospital Emily Auction; the Arizona Citizen Review Panel for the Arizona Department of Child Safety and Arizona State University-Center for Child Wellbeing, (including two years as a Panel Co-Chair); and as a volunteer Airport Navigator at the Phoenix Sky Harbor International Airport.